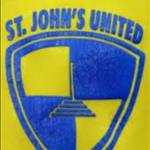 St John’s Football Club will NOT take part in the Island Games in Bermuda this summer.

The FA has confirmed the position after a meeting between them, club officials and the Island Games Association of Mann.

St John’s officials say while disappointed, they recognise they would only be allowed to take part as the Island ‘representative’ side and recognise the FA has decided not to send an Island team to the event.

They say they appreciate the support given to their proposal by the public and will continue to pursue options for off-Island competition.