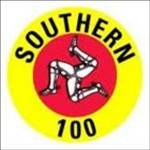 The crème de la crème of the road racing world descends on the Billown Course for the 57th Steam Packet Southern 100 International Road Races next month.

Headed by the current solo champion, Michael Dunlop, three other past champions - Guy Martin, Ian Lougher and Ryan Farquhar - along with a host of top class riders fans are guaranteed some spectacular racing during the four days of action around the 4.25-mile course.

William Dunlop on the Wilson Craig Hondas will be one of many who will be hoping to claim the premier prize of the meeting, the Manx Gas Solo Championship, as will Guy Martin’s team-mate at Tyco Suzuki, Conor Cummins.

Also in with a shout are Dan Kneen, Roy Richardson, Michael Pearson, Davy Morgan and Paul Cranston to name but a few.

The 13-race programme has attracted no less than 32 newcomers to 'the friendly races', as the event has become known over the years.

Dean Harrison, Gavin Lupton and James Cowton are three regulars from Oliver's Mount who should be 'at home' around Billown, while Ulstermen Stephen McKnight and Seamus Elliott are also likely to impress.

In the Lightweight classes close rivalry will ensue between Chris Palmer, William Dunlop and Ian Lougher along with Phil Harvey, Nigel Moore and Tom Snow.

Full grids are the order of the day for the sidecars too.

Previous champions Ian and Carl Bell head the list although they certainly wont have an easy time.

The pairings of Ben and Tom Birchall, Tim Reeves and Dan Sayle, and Conrad Harrison and Mike Aylott will all be aiming to take the title.

The 2012 Steam Packet Southern 100 International Road Races get underway on the evening of Monday, July 9.