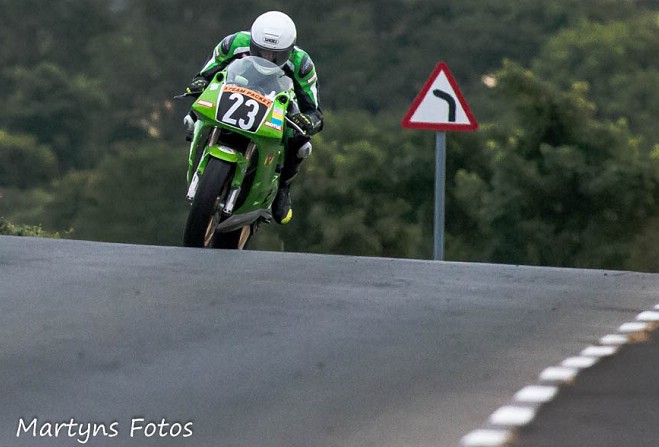 A sudden spell of showery rain led to a delayed start to racing at the Steam Packet Southern 100 races.

The first race was delayed after several riders decided conditions were not right for the Superbike machinery on slick tyres.

Organisers decided to allow competitors the chance to change tyre choices before a restart.

All races were reduced to 5 laps but Solo Champion Dean Harrison did not reappear.

When the action did get underway, Rob Hodson took victory with a last lap move in the Corlett’s Trophies 600/1000cc race to finish ahead of impressive again newcomer Davy Todd and Manxman Michael Evans.

The consolation race was a very tight affair with Paul Gartland just holding off the challenge of Barry Furbur on the finish line.

But the real drama was still to come in the final race - the Station Garage 125/400cc contest.

In an absolute thriller, Adrian Kershaw just finished as winner ahead of Mick Goodings in one of the closest finishes ever seen at the Billown

There are four more races at the Southern 100 this evening with roads closing at 6pm.

Full coverage here on Manx Radio on AM1368, the AM Player at manxradio.com and the MR App. And around the course on 87.9FM