TT becomes the fastest road race in the world 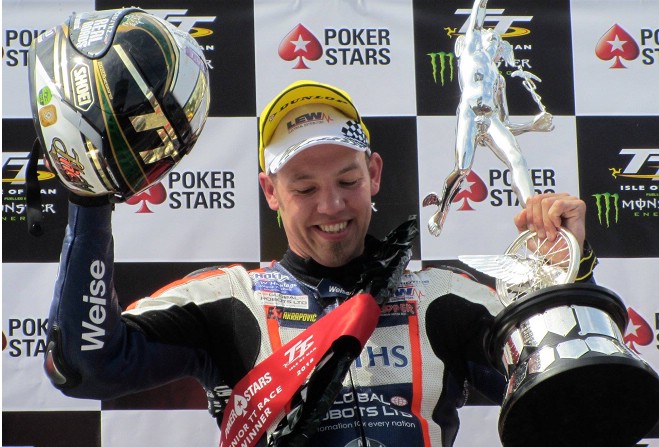 The 6 lap Senior, the race they all want to win, was a Harrison-Hickman battle.

The race was headed for the first five laps by Dean Harrison, but just a second or two up on Peter Hickman - with Cummins third and Dunlop fourth.

In the pits at the end of lap two, Harrison and Hickman were the two leaders.

Harrison led by just a second at the half way stage, but Hickman responded with an outright lap record of 134.456.

Hickman had a slower pit-stop, meaning Harrison was still in the lead - but could he hold off the flying Hickman?

At the start of the last lap there was just a second between the two H's, but with Hickman having a deal of traffic to deal with.

Despite that, he was just 2 seconds back - then coming to the flag, he clocked a record lap of 135.452mph to take the win, with a new race record in the process.

He ended just 2 seconds up on Dean Harrison, with Conor Cummins third.