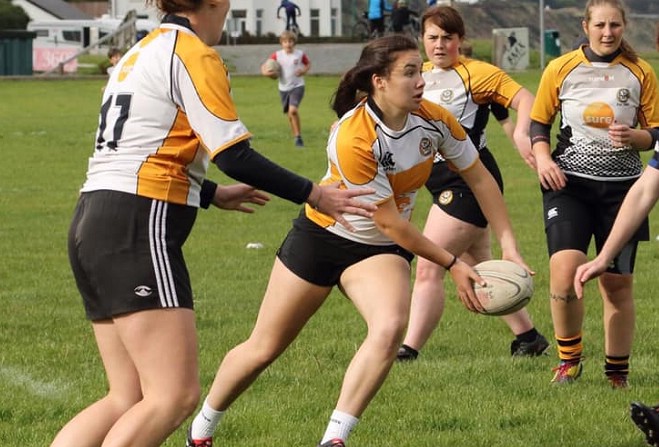 Vagabonds ladies proved too strong for Guernsey Raiders this weekend, winning 74-24 thanks in part to the prolific Isla Curphey who scored four tries, including a hattrick inside five minutes.

The visitors to Ballafletcher started the livelier, spectators said, but the Guernsey club found themselves 43-7 behind at half time after a powerful and dominant Vagabonds display.

Tanya Scholz, described as the visitors' stand out player, also bagged a hattrick for an impressive individual performance, but the hosts ran out comfortable winners in the end.

Meanwhile, there were two games in senior men's rugby this weekend, with a stark contrast in scorelines.

It was the second round of the three-week regional rugby fixtures, where players have been divided into four teams by postcode rather than representing their clubs.

The South beat the East 95-0 in a comprehensive one-sided affair, but a match between last week's winners, the North and the West, couldn't have been much closer.

A last gasp try from the North brought them to within a point, only to see them beaten by the clock, losing 46-45.

The final round of matches is next week at Ballafletcher, where North plays South and West plays East.