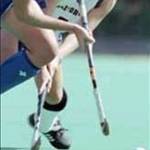 Valkyrs A have won the Wi Manx Men’s Cup.

They came from behind to defeat arch rivals Bacchas A 2-1 to end the season with silverware and gain some consolation from being beaten to the title on goal difference.

A goal inside the opening 90 seconds from the prolific Alex Bell sparked talk of a league and cup double for Bacchas.

But Russell Miller and Vic Fearns hit back to clinch the cup for the westerners.

There was a league and cup double for Vikings A as they won the Wi Manx Women’s Cup.

Goals from Louise Slater and Kim Carney secured a 2-0 success over Valkyrs A.