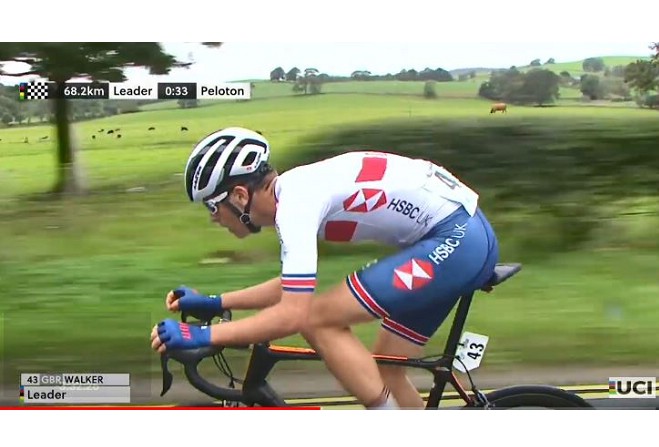 Max Walker during his solo breakaway

Max Walker stirred things up during the junior men's road race at the UCI Road World Championships in Yorkshire this afternoon.

Riding as part of the Great Britain team, the 18-year-old Manx cyclist spent time out front, first as part of a group and then as a one-man breakaway, but was reined in by the USA with 55km to go.

Alfie George was the highest-placed GB rider in the end, coming home in seventh, while Walker ultimately finished in 30th place, more than nine minutes behind the winner, Quinn Simmons of the USA.

Speaking afterwards, George described the conditions as 'epic' and the race as a 'battle of attrition', with the rain once again pouring down during the championships, as it had done earlier in the week, leading to multiple crashes.