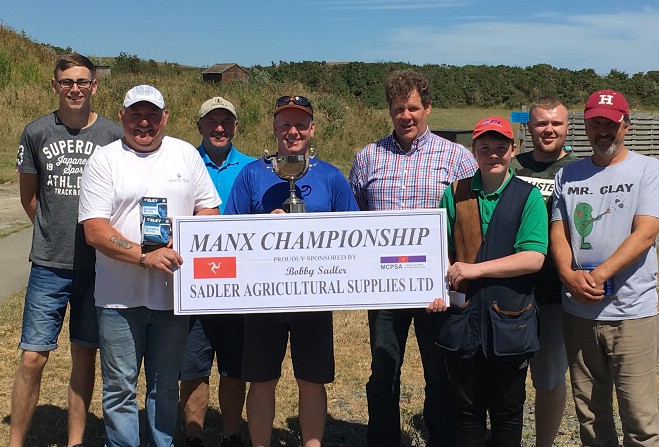 The Sadler Agricultural Supplies-sponsored Down the Line Championship was held at Meary Veg in Santon at the weekend.

The leader after the first round was Dave Walton with a 25 straight for 72 points.

Tied for second place on 71 were Phil Ward and Steven Craine, followed by Mike Walker on 70.

Walton increased his lead after the second round, scoring a perfect 25/75 straight to lead Craine (143) by four points, with Ward in third place on 142.

It was all change after the third round, though.

Ward hit a perfect straight to take the lead by four on 217, with Walton in second place on 213 and Craine third on 209.

In the main event it was all to play for.

Ward was first man to shoot but he missed a target to finish with 71 points for a final total of 288.

That meant Walton had to hit a perfect straight to tie with Ward.

He hit all 25 targets, but second-barrelled two of them to finish second on 286, making Ward the Isle of Man Down the Line champion for 2018.

In the junior section, Ted Davis was the winner on 270, with Jack Kneen second on 262 and Arran wade third on 252.