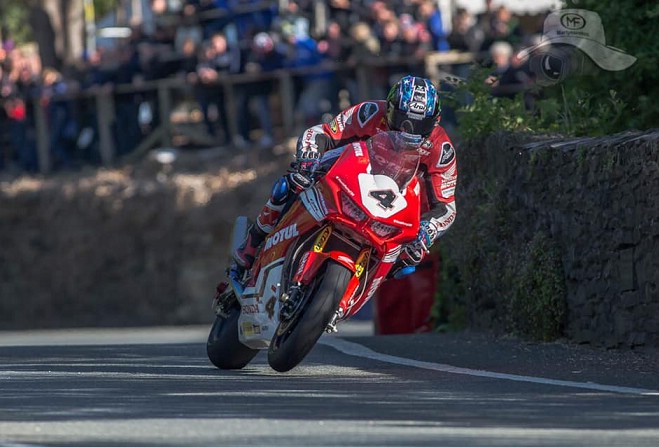 There will be no TT qualifying session held today due to the poor weather conditions around the course.

It's the third time weather has affected proceedings at this year's event, following cancellations on Saturday and Monday.

Clerk of the Course Gary Thompson confirmed the news a short time ago.

He says a qualifying session tomorrow is dependent on the conditions, but says as it stands the riders will get some laps in tomorrow afternoon as per the schedule.

Roads were due to close from 4.45pm this evening but will now remain open.

Dean Harrison was fastest on both Superbike and Superstock machines during last night's practice session.

In the Supersport, Peter Hickman topped the leaderboard with a speed just shy of 124mph.

John Holden and Lee Cain were quickest in the sidecars.

The schedule for Thursday will now see roads close from Barrule Park in Ramsey to the Bungalow at 11.15am, with the Bungalow to the Creg Ny Baa shutting 15 minutes later.

All other routes around the course are scheduled to close at 12.30pm, with Superbike, Superstock, Supersport and newcomers all away at 1pm.

It's the turn of the sidecars at 3pm, before all roads except the Mountain section open at 4.30pm.

They will close again at 6pm as another qualifying session is set to take place, with the first bikes away down Glencrutchery Road from 6.20pm.

All roads around the course will be re-opened no later than 10.30pm.