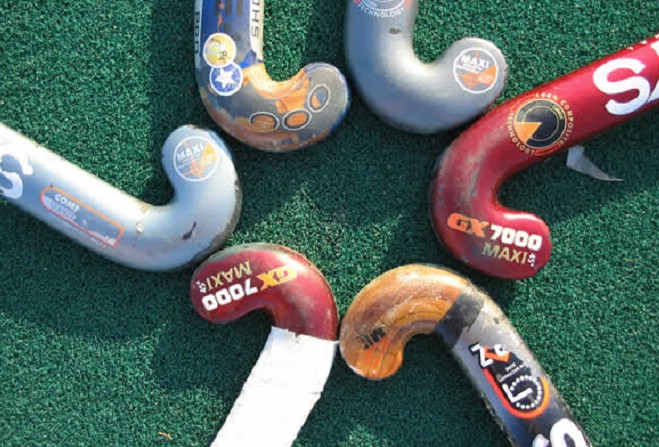 Carney and Foxton on the rampage

Bacchas A showed yet again on Saturday why they are the top team in Manx hockey.

A hat-trick from Andy Whiting fired them to a 3-2 success over title hopefuls Vikings A in the PwC Men’s Premier Division.

Tom Wilson scored twice for Vikings but Bacchas A leapfrogged them to move back to the top.

Valkyrs A continued their fine form by demolishing Vikings B 9-0.

After a close first half, the westerners went on the rampage.

Ramsey A were too strong for Bacchas B.

Thomas Tsitsos, Jordan Parkinson, Sam Moffatt and Billy Cain were the scorers in a 4-1 win.

They were joined on the scoresheet by Dani Coombes (two) Katie Errock (two)and Kirsty Cooper.

Victoria Garner scored the only goal as Ramsey A edged out Castletown A in a close contest.

And a blistering start from Valkyrs A ensured they were 3-0 winners over Bacchas A.

Early goals from Karmina Kovanda (two) and Imogen Manning stunned Bacchas who were unable to recover.

Harlequins B 1-7 Ramsey B

Castletown A 0-1 Ramsey A

Harlequins A 0-15 Vikings A

Saracens A 3-3 Castletown B