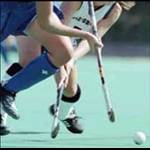 The champions are off to a flyer!

Valkyrs A have launched the defence of the Wi-Manx men's Premier Division in style with a 9-0 romp against Saracens A.

Ollie Webster was the star of the show with five.

Mikey Collins and Ian Perry grabbed the goals as Vikings B edged out Bacchas B 2-1, for whom Tony Bentley-Roberts scored.

In the Wi-Manx women's Premier Division, it was an opening day demolition as champions Vikings A put 10 past Valkyrs B without reply.

The talented Kim Carney was the star with SEVEN with Sarah Breen (two) and Marie Goosen netting the others.

Andrea Kneen notched a hat-trick as Valkyrs A defeated Castletown B 6-0; Bacchas A saw off Ramsey A 8-2 and Lauren Stewart netted twice in Castletown’s 5-0 victory over Bacchas B.