Wins for AON and E-Cerebro in A League squash 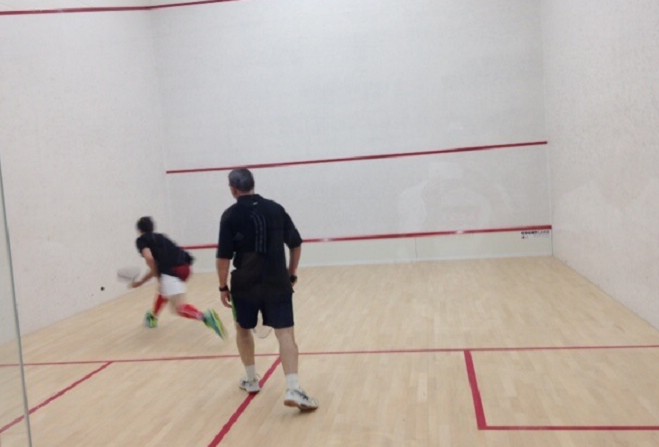 Robin Crease starred as Team AON made it four successive wins in the Division A squash league.

There was also a 3-0 victory for Chris Cave as he came out on top in a close fought battle with Steve Gaylor.

The Seniors man took the first 15-13, before recovering from game point down in successive sets to seal victory.

Liam Davies and Mason McLarney both won 3-1 against Dafydd Lewis and Calum Baker respectively, meaning the win was already in the bag before Patrick Fitzpatrick and Hamish Thornton came head-to-head.

Thornton prevented the whitewash by playing some very attacking squash and killing rallies with some exquisite volleys helping him to a 3-1 triumph.

Elsewhere, International Divers were defeated on points by E-Cerebro after they failed to field a full side.

Dave Freer of E-Cerebro bucked the trend by seeing off Les Callow in straight sets.

But Stuart Highy was given a walkover due his opponent being a no-show, meaning a scoreline of 45-0 in E-Cerebro's favour.

It meant - despite winning three of the five individual duels - Divers lost the contest 181-197 on points.