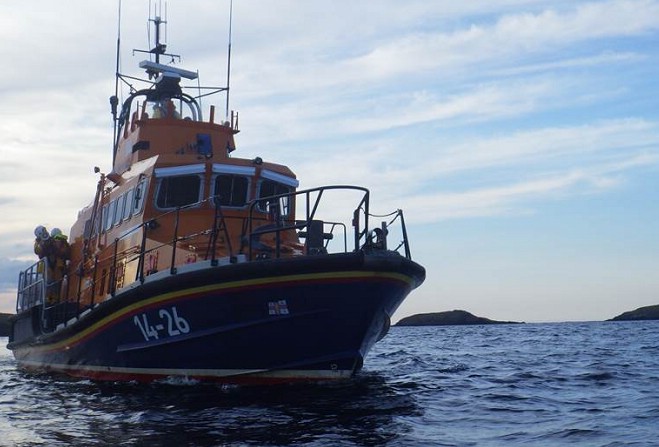 The alarm was raised just after 6pm when the vessel, which had a crew of two, was around two and a half miles north west of the Calf Sound.

Port Erin's lifeboat Muriel and Leslie and a coastguard helicopter were also called out to help. All the rescue vessels were informed as they were en-route that the boat had sunk, but the crew had been rescued from the water by another fishing vessel which was nearby.

Lifeboat crew from both vessels were put on board the rescue boat to assess the condition of the casualties while the helicopter was stood down, and both lifeboats escorted the second fishing boat back to Peel harbour where they were met by emergency services.  Both crew members were reported as being uninjured.

Port St Mary Cox, Mike Keggen, says if it had not been for the quick reaction of the second vessel, and the fact that both crew members from the stricken vessel were wearing their life jackets, the outcome could have been very different.