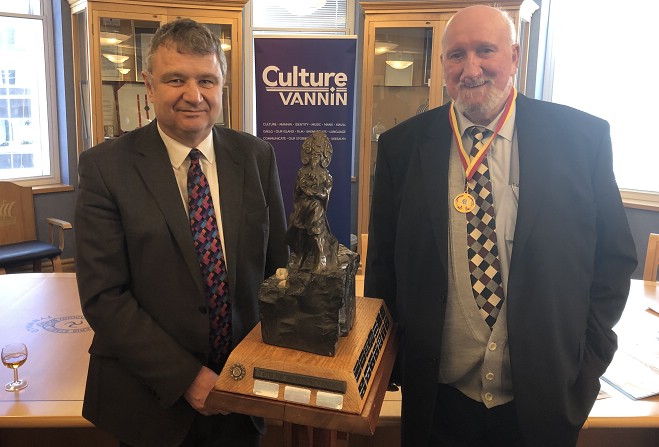 A voice well known to the Manx Radio airwaves has won the 2019 Reih Bleeaney Vanannan award - the highest cultural accolade on the Isle of Man.

John Kaneen has presented the Folk Show for more than 30 years - a key part of his sustained and wide-ranging contribution to Manx life.

Culture Vannin described Mr Kaneen as a "superbly talented and larger than life musician, singer and dancer, and a quiet scholar of folk song", as he was presented with the award at the Legislative Buildings in Douglas on Wednesday afternoon (30 January), before a small gathering of his family and friends.

Those nominating John spoke of his generosity, knowledge and modesty.