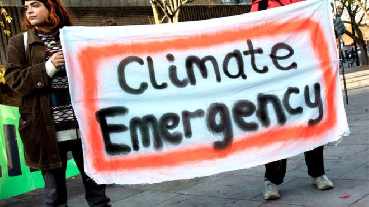 Following Tynwald voting unanimously for the establishment of an independently-led, dedicated climate emergency transformation team this week, Perspective is returning to the topic of the climate.

On Sunday, Dollin Mercer will be joined by Ralph Peake, who moved the amendment for an emergency transformation team and Lawrie Hooper who moved an amendment which was defeated by the house. The main difference between Mr Peake’s and Mr Hooper’s amendments was that Mr Hooper wanted government to commit to a 2035 target for net carbon neutrality and Mr Peake’s did not.

Bill Dale from Beach Buddies will also be in the studio to discuss his reaction. We’ll also be hearing from a representative of the Student Climate Network who has been vocal in the wider debate on Island about climate change.

In the meantime, you can listen to our previous programme about the climate emergency here and Dollin Mercer’s information pack about the recent Tynwald debate here.

As always, we want to hear your views during this week’s Perspective. Whilst we’re on air, you can text 166177, email studio@manxradio.com, use the smartphone app, #MRPerspective and ring the Mannin Line on 661368.