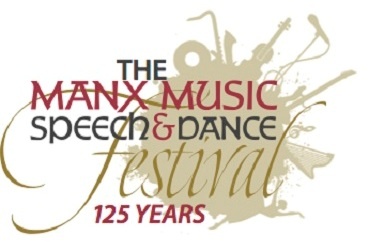 Our coverage of The Guild is available for you to listen On Demand, but, so you can find exactly what you want to hear, check our daily blog to find out which performances were broadcast. This is what you can enjoy if you listen On Demand to:

Hannah Clinton - winner of Vocal Solo class, singing 'It was a lover and his lass' by Madeline Dring.

Hazel Stewart, winner of the General Vocal Solo class with 87 marks. Hazel is singing 'Make A Joyful Noise Unto The Lord'.

Castletown Metropolitan Silver Band with the March of the Torreadors from their Brass Band concert class. Castletown MSB also received a new award - The Gordon Kennaugh Astill Trophy for the Most Entertaining Performance (not necessarily the class winners). The trophy has been kindly presented by Mrs Sheila Astill in memory of her husband who was for many years the Conductor of Onchan Silver Band.

Musicale singing Mack The Knife - one of the songs from their winning performance in the Choir Concert Class. For this competition they were conducted by choir member Mrs Judy Cross. Their accompanist is Mrs Jennifer Bird and they were awarded 89 marks.

Toby Crossley - playing piano from memory. Toby's chosen piece is Arirang by Christopher Norton and he won the class with 89 marks. 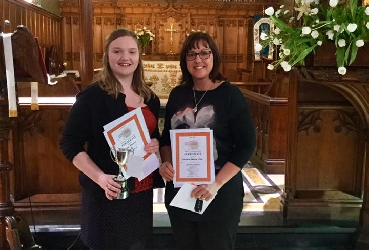