They’ve done it again! But who are they? Find out by listening to our report on another hectic day at the 2018 Guild

An hour-long selection of class winners, following another day of competitions in the Villa Marina.

The programme  on Tuesday 24 April featured the following (please note that the list below is not necessarily the order in which the pieces are played in the programme):

CHRIS JAGUS - Winner of numerous piano classes this year! This is part of “Trois Mouvements Perpetuels” by Poulenc

KENDRA METCALF - Winner of the Girls Solo for Years 3 and 4. Kendra will now compete for the Sheffield Plate - the Guild’s highest award for the most promising young voice

DAISY QUINN - Yet another Sheffield Plate hopeful! Winner of the Girls Solo for Years 5 and 6 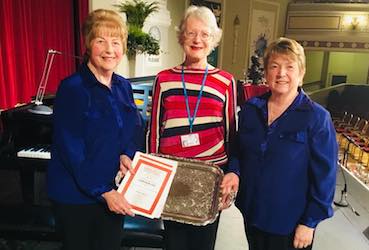