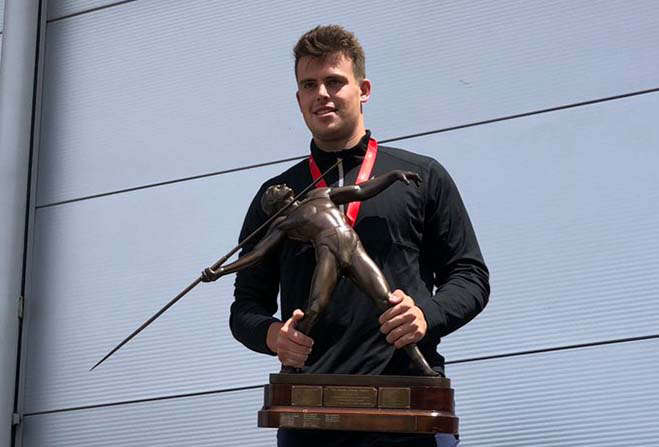 Joe is 25 years old and will be throwing javelin for Team IOM in Birmingham.

This will be his second time at the Commonwealth Games, having represented the Island on the Gold Coast in 2018.

He’s competed at several Island Games meetings too, including in Gotland in 2017 where he won silver.

In 2021, Joe won silver at the British Athletics Championships with a throw of 72.65m, just one centimetre behind the winning distance!

He currently sits at the top of the UK senior rankings, after a competitive throw of 79.53m in Offenburg, Germany in May.

Joe was recently nominated for Sportsman of the Year at the Isle of Man Sports Awards.
In action: