On Air Night Flight | Midnight - 5:00am
Fun, Janelle Monae - We Are Young Download 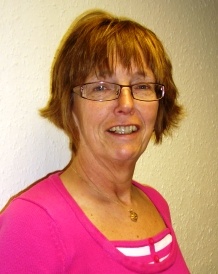 I was born and raised in the Isle of Man and I first became aware that the island had its own language when I was about nine years old. I remember my granddad telling me that in the olden days people had spoken Manx but that there were only two or three people left who could speak it by the time he was telling me about it. At the time I thought it would be wonderful to be able to speak this language that was special to the Isle of Man and that nobody else could speak.

However, life intervened. I grew up and was busy doing other things and I forgot about the Manx for quite a long time. It wasn’t until 1993 that I had the opportunity to begin learning the language. I went to Joan Caine’s evening class at Ballakermeen School and from the first lesson I was hooked. I loved the language right from the beginning and I still do.

After a couple of years, Joan asked me if I would be willing to teach a class of beginners which I did for a few years, firstly at the Braaid and since then at Caarjyn ny Gaelgey’s house at St Johns. I still take a class there on Monday evenings but the people who are with me now have been learning Manx for a number of years so most of the time we just practice using the language through conversation.

I was unable to teach my children Manx because I started to learn it too late and by then they were almost grown up. It wasn’t taught in the schools until they were almost ready to leave either so they unfortunately do not speak Manx. However, my granddaughter was in the first class at the Bunscoill Gaelgagh and now goes to QE II where she is still taught two lessons in Manx, so she speaks Manx fluently.