All results in after local authority election night 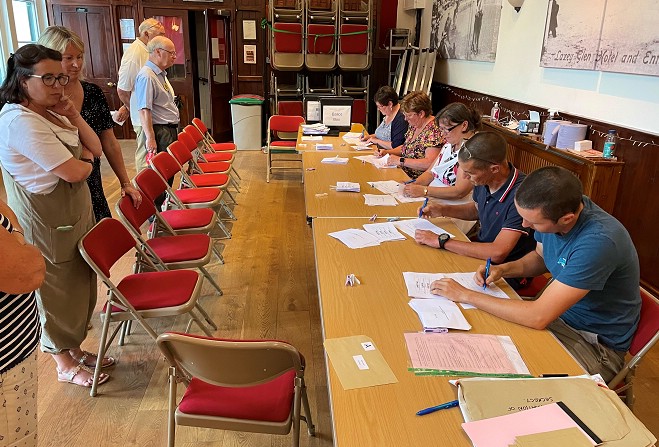 All the results are in after local authority elections were held across the Isle of Man on Thursday (22 July).

Onchan was the last to declare on a night with voters returning successful candidates to seven authorities.

The highest turnout was in Jurby with 41%, the lowest in Douglas Council's North Ward with 16%.

The contests were overshadowed by the pandemic, with the inability of some voters to take part due to being in self-isolation.

You can go to our local authority elections page to find out full tallies from each contest, but the overall results were as follows;

Stewart Clague tops the poll. Melanie Christian and Tim Kenyon were also successful in the election. Turnout was 34.8%

Howard Benson tops the poll. Ann Davidson, Voirrey Kelly, Amos Kennaugh and Anna-Lucia Parker have been elected. The turnout was 30.43%.