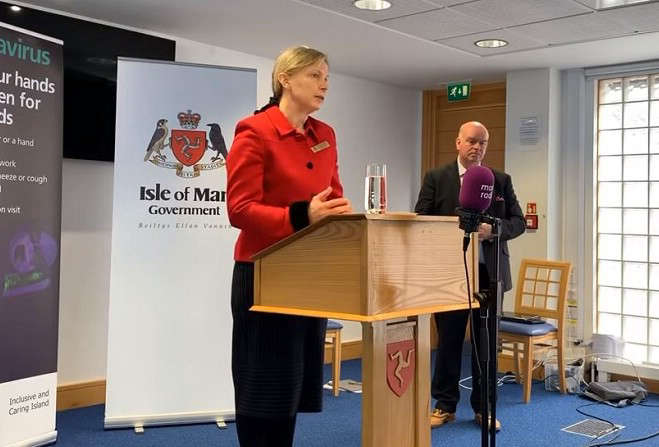 Union says she suffered an 'unwarranted attack' for being a whistleblower

The British Medical Association has confirmed the Isle of Man's former medical director has won her employment tribunal against the Isle of Man Government.

Dr Rosalind Ranson, who had moved to the Island to take up the post in January 2020, had accused the Department of Health and Social Care of unfair dismissal and underwent a three-week employment and equality tribunal at the start of the year.

Manx Radio first reported that Dr Ranson had been dismissed from her role in August last year - a claim that was denied by the government at the time.

The tribunal hearing ruled that Dr Ranson was dismissed from her role after she'd urged the Manx Government to depart from Public Health England advice during the early stages of the Covid-19 pandemic in 2020.

The BMA says Dr Ranson was 'victimised and dismissed' after raising a number of serious concerns - which included whether the then chief executive Kathryn Magson, who was not medically qualified, was passing on her advice to ministers.

A statement from the British Medical Association said:

"In March 2020 it became apparent that Dr Ranson and her team's expert advice was not being heeded.

"The Island's pandemic strategy of following Public Health England was rejected by the Island's doctors. Dr Ranson's role was to get their voices heard.

"After some delay the government followed Dr Ranson's medical advice and implemented the recommendations around quarantine and controls at the port.

"When the Island's new healthcare service, Manx Care, was created in April 2021 Dr Ranson fully expected to transfer to it as chief medical director.

"Instead she was moved sideways into what the judgement called 'an empty shell role' still within the Department of Health and Social Care.

"The tribunal concluded that because Dr Ranson had 'blown the whistle,' speaking out about her concerns, she was first side-lined and eventually, unfairly dismissed.

"It also considered the praise of Dr Ranson by her colleagues acknowledging she was held in high esteem and found that the chief executive's criticisms of Dr Ranson were 'ludicrous and unjustifiable'."

"The past two years have seen the highest but also the lowest parts of my career." - Dr Rosalind Ranson

"As a doctor my duty is to put patients and public first and this was made almost impossible by the campaign that was waged to make my work life untenable, to undermine my credibility and professionalism and finally force me out of a role I had been so looking forward to making a success.

"The financial and wellbeing support from the BMA has been absolutely crucial to me and to this case.

"Standing up as a whistleblower is extremely difficult even when you know it's the right thing to do.

"There were times when it felt a very lonely place to be as efforts to make my work life as unbearable as possible gathered momentum and I can wholeheartedly understand why many doctors, in similar positions, may feel they simply cannot fight for justice.

"But I knew what I had to say was right and I was doing it in the interests of the patients and wider public on the Island.

"The tribunal's decision isn't just a victory for me, it is also a victory for the principle of whistle blowing and for doctors having the freedom and independence to speak the truth."

"It is shameful and unacceptable that doctors who speak out about patient safety concerns can suffer victimisation and detriment for their commitment to patient care." - Dr Chaand Nagpaul

Dr Chaand Nagpaul, the BMA Chair of Council said: “Having personally communicated with Dr Ranson about the unwarranted attack and disadvantage she suffered I am pleased that the BMA supported her successfully and that justice has been delivered.

"We have a culture in our health service that leaves many doctors afraid to speak the truth in the interest of patients and the population; this needs to reform so that doctors are supported and have confidence to speak out without fear of recrimination.”

Manx Radio has contacted the Isle of Man Government for a response.

You can view the full report into the tribunal's Decision here.