Campaign steps up to return Peggy to Castletown 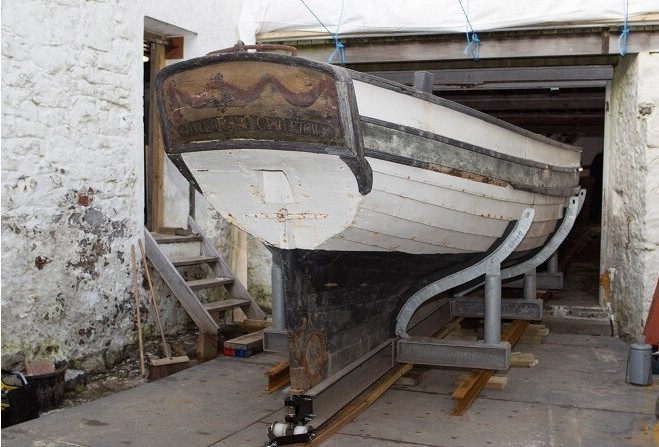 Tynwald to be asked to set out timeline

Manx National Heritage has been strongly criticised over its lack of plan to return a famous armed schooner to Castletown.

The Peggy was temporarily removed from the Nautical Museum in 2015 for conservation work but hasn't been on public display in the town since.

An MHK for the region will now ask Tynwald to set out a realistic timeline for putting the vessel back in the ancient capital.

Former MNH director Edmund Southworth said the boat was moved due to corrosion and that it was "soul-destroying" to see the exhibit at such a risk.

However, after more than five years away from what some people regard as the Peggy's rightful home, pressure is mounting on the organisation to return it.

Leading the criticism is former Chief Minister Tony Brown, who has raised concerns over MHN's handling of the matter.

"There are no proper plans for a new building or to alter an existing building to provide for the Peggy to be safeguarded, for the long-term future, on display to the public.

"And why are there no financial plans in the government's budget at all, even in the latest one for the next five years?

"There are no signs of any preparation to bring the Peggy back to Castletown", said Mr Brown, who served as MNH vice-chair from 2003 to 2006.

Arbory, Castletown and Malew MHK Jason Moorhouse is calling on Tynwald to set out a funding plan on safely returning the yacht, but stopped short of saying government had an 'anti-heritage bias'.

He said: "We're looking at when the Peggy can come home and where the money can come from to actually allow that to happen in a really successful way.

"I think it's important for the Island because it's such an iconic thing."

Mr Southworth, however, has defended the actions of MNH, claiming the boat was moved to the Isle of Man Business Park in Braddan to prevent it from serious damage.

"I'd regard it as a success that we took the Peggy out of a basement which was getting washed by the tide.

"It was soul-destroying to see a museum exhibit at such a risk.

"The water was lapping up against it, salt water, causing corrosion in an 18th century boat.

"How appalling to keep a boat in those conditions."

Mr Moorhouse's motion on a realistic timeline for the return of the Peggy will be put to Tynwald on Tuesday, 20 April.