Church to check all memorials for slave trade links 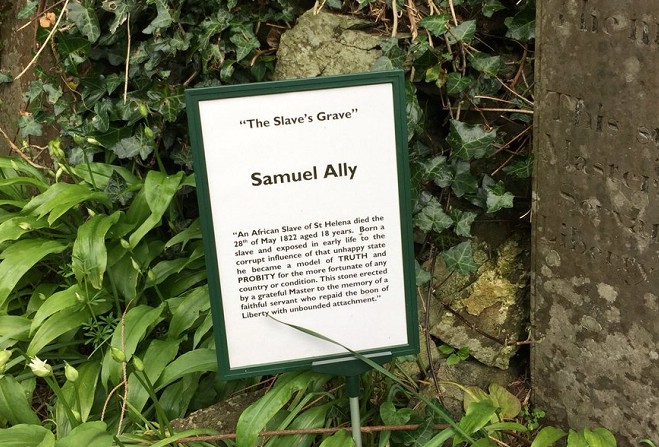 'The Slave's Grave' of Samuel Ally in Old Kirk Braddan

Buildings, churchyards, monuments and tombstones to be 'audited'

An inspection into the church's historical links to slavery has been called by the Lord Bishop.

Buildings, churchyards, monuments and tombstones on Church of England sites across the Island will be checked for any 'memorialisation' of individuals who were a part of the slave trade.

The 'audit' requested by Peter Eagles follows events involving the Black Lives Matter movement, which was sparked by the death of George Floyd in the United States.

The Lord Bishop says it has 'brought into focus the question of monuments'.

'What we value and seek to memorialise now is not the same as it was in any other historical period,' he said.

'A prominent memorial in a church in some cases is a mark of the esteem in which the person was held in their community and beyond.

'In others, it will reflect a donation given to the church at the time by an individual or family or a combination of the two.'

The Church of England makes up a third of the Island's active churches.