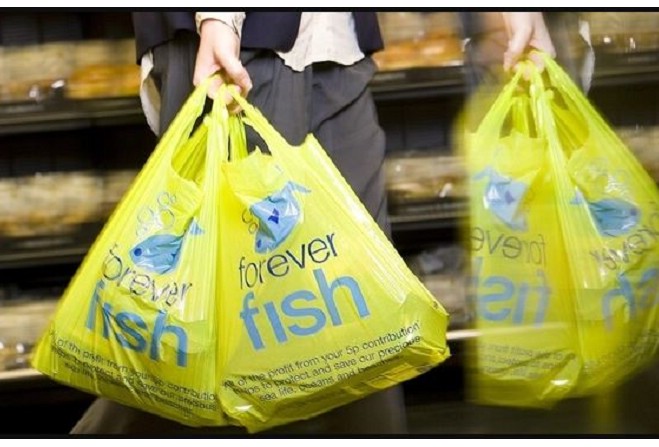 Sales of plastic bags in one of the Island's largest retailers, and where the funds go, was the subject of some confusion last week.

In last week's sitting of Tynwald (Tues 20), the Minister of Environment, Food and Agriculture claimed the revenue from the bags in Marks and Spencer only went towards charitable initiatives in the UK, and none was given to any local causes.

Geoffrey Boot made the comments whilst addressing the potential of levying a plastic bag tax for the Isle of Man, which was promised in the near future.

It was a claim that was dismissed by the manager of the Douglas store, who said Boot's comments were 'completely untrue'.

Following concerns from customers, Matthew Robinson said he wanted to make it 'crystal clear' the branch had been supporting Manx charities for the last three years.

He said all money generated from the plastic bag sales raised thousands of pounds for local projects.

Mr Robinson said: "Firstly, we supported the creation of a sensory garden on the prom, which actually required support from UK sales".

M&S has also made donations to Beach Buddies, Heroes On The Water (to the tune of £8,000) and purchased a defibrillator for the Craig Heartstrong Foundation.

Prior to the Minister's address in Tynwald, the department says it sought information from the retailer's head office in London, and were told the funds go to charities in Scotland, Wales, England and Northern Ireland.

In a statement to Manx Radio, a department spokesperson said: "We are pleased to hear that Marks and Spencer has subsequently confirmed they are donating the money from the plastic bag charges to local causes.

"Minister Boot has since had a conversation with the Isle of Man Store Manager, who has indicated that he will ensure their head office is appraised of the local Isle of Man situation."