Cosy Nook redevelopment would be sympathetic to the area 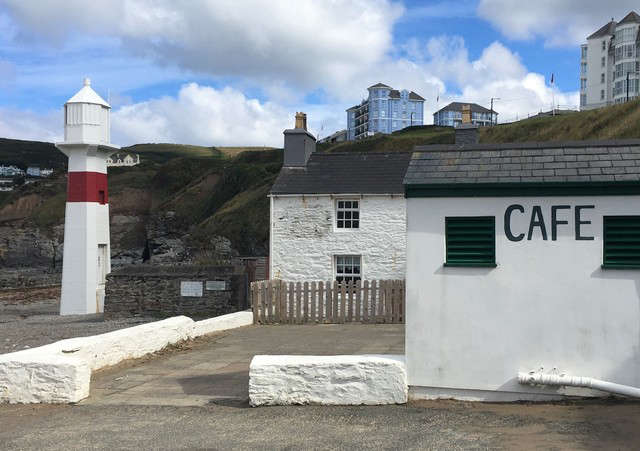 PE Commissioners say former controversial plans are not being considered

Port Erin Commissioners insist there is no desire to continue with old plans to redevelop the Cosy Nook cafe.

It comes after an application was submitted by the authority to de-register the site from protected status.

Opinions have been split over whether the iconic building should be preserved or modernised.

"By de-registering now it would enable the new incoming board to review and agree a plan going forward with the Cosy Nook", Mr Egee said.

"It's very important that we get a finalised plan going forward and if that be going with the registration, as long as we can get agreements and do the improvements we can do, that will work.

"If not, if we can get de-registration, we'll come up with something very sympathetic to the Cosy Nook with a bit of luck."

The building was only granted protected status in April this year with Environment, Food and Agriculture Minister Geoffrey Boot saying there was "an avalanche of support" to preserve it.

A majority decision to demolish the site had been agreed by the Commissioners in 2020 before government intervened.

Controversial proposals for a raised, three-storey building which could also be used as an evening restaurant were then submitted to planners.

Despite an application to reverse the decision to protect the Cosy Nook, Mr Egee is keen for any future designs to be more in keeping with the area.

He added: "The board's plan of de-registration in no way is to try and push through the original design of the Art Deco look that we came with before.

"That was withdrawn a while ago and is open for discussions on where we go forward.

"We'd also like to involve people like Rushen Heritage [Trust] and other people that have got views to input on those."