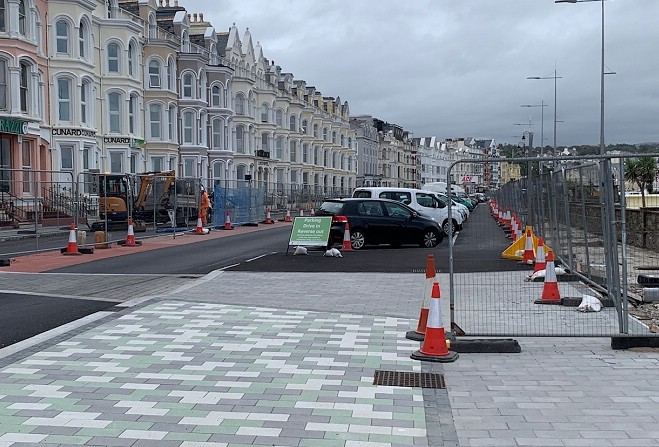 Work on Douglas Promenade has been delayed again and won't be completed until November.

Minutes from the latest strategic project board meeting, which was held on 13 August, show Auldyn Construction 'rejected' the September completion date which had been announced in July.

The Department of Infrastructure asked the contractor to review and combine its two programmes – the original work and a surfacing project.

The minutes show the new completion date is now 3 November.

Infrastructure Minister Tim Baker supported that plan of action but proposed that Auldyn be pressed for a ‘credible plan’.

It’s not clear if the four week of defect rectification work that was originally planned will be included in the combined programmes – if not the work will likely go on into December.

Earlier this week Manx Radio asked the Department of Infrastructure directly for a new completion date but the request was declined.

Instead a statement was issued from the MyProm team which said the scheme was progressing towards its final stages and the contractor and department are ‘working hard to complete the project as soon as possible’.

It added: "The MyProm Project Team outlined the remaining scope of works as final surfacing of footpaths and highway, demarking parking spaces (all of which are weather dependent) plus completion of the rail corridor, cultural area and installation of street furniture."

You can find the full board minutes HERE.