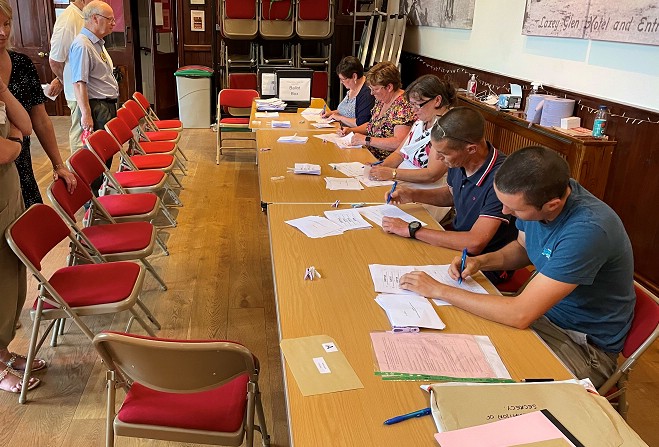 The unlikely, but not impossible, general election scenarios

In less than a week, the people of the Isle of Man will decide who’ll be sitting in the House of Keys for the next five years.

The new MHKs will need to elect a chief minister, debate legislation and hold government to account.

In March, Tynwald passed the Election (Keys and Local Authorities) Act which legislates for these and many other scenarios.

Here, we take a look at what would happen in some unlikely, but not impossible, election scenarios.

What happens if a candidate withdraws?

Candidates had until 25 August to file nomination papers with their constituency returning officer. They could have withdrawn up to that point.

If they now have a change of heart, they will still be on the ballot paper and could be elected.

What happens if I need to self-isolate on election day?

All electors can nominate someone to vote on their behalf. This is called a proxy vote.

You have until 5pm on the day before the election to apply to the Cabinet Office for one.

If you find out you need to self-isolate after 5pm on Wednesday, it’s unclear whether there’s any way to take part in the election.

What happens if there is a riot on polling day?

If there’s a riot or open violence at a polling station, it has to be closed and the voting there is suspended until the next day.

What happens if the result is tied?

If there are two or more candidates tied for second place, it’s likely they’ll ask for a recount. If after any recounts they can’t be separated, they draw lots to decide who’ll be elected.

What happens if a candidate dies between now and election day?

If a candidate dies between now and polling day, the election in that constituency is suspended.

If they die on polling day, the vote there is abandoned and all ballot papers disposed of.

The election process in that constituency restarts afresh, and the new election will happen roughly six weeks after the candidate died.

The types of situation described here are unlikely to happen, but not impossible.

An election for Ramsey Commissioners in 2016 had to be cancelled following the death of a candidate.

In the UK local elections in May, the seat of Rockingham on Barnsely council had to be decided on a coin toss because of a tie.

Next Thursday, polls will be open from 8am to 8pm.