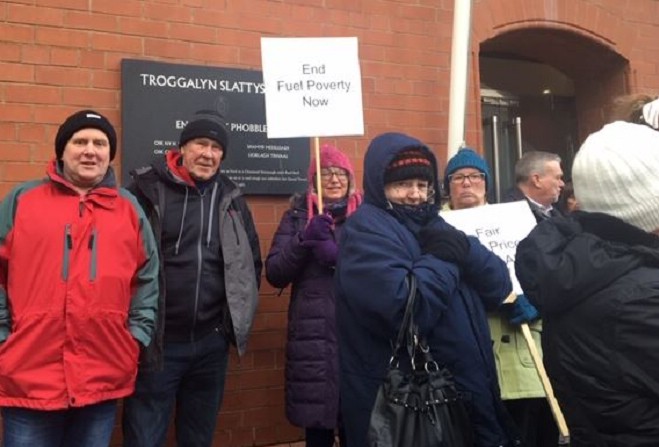 Changes to Manx Gas prices are 'ridiculous' and 'unfair', according to some members of the public who were protesting outside government today.

A group with placards assembled outside legislative buildings this afternoon, whilst the treasury minister announced his 2020 budget.

Alfred Cannan declared the spending for the next 12 months a 'budget of focus'.

Brian Speedy is a retired postman, and explained to Lewis Foster why they're protesting:

Diane Parkinson is from Port St Mary and says she and her husband are in fuel poverty:

This audio is courtesy of BBC Isle of Man: