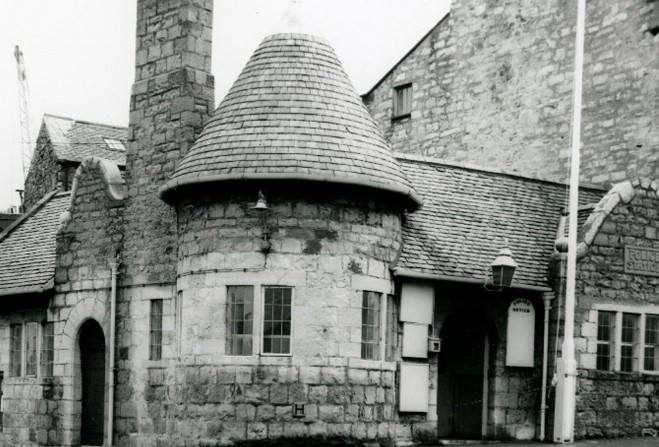 The old police station in Castletown

Expressions of interest are being welcomed to take on the lease of an iconic building in the south of the Island.

The future of the old police station in Castletown is the focus of much discussion, with Manx National Heritage releasing the findings of a public consultation on the site.

It was designed by notable architect Baillie Scott at the end of the 19th century and was in use until its closure in 2017.

MNH has since acquired the building using charitable funds; but is seeking proposals for its long-term operation by a third party.

Director Edmund Southworth says he's confident whoever takes it on will deliver something 'exciting, positive and value for the town'.

"There isn't a blank cheque book for heritage on the Isle of Man.

"[Buildings acquired by MNH] need a long-term future which is sustainable, maintains the building, pays the gas bills, which looks after the roof and so on", Mr Southworth said, before confirming a number of parties have registered interest.

Speaking after the findings of the consultation were published, he said it is "positive and will hopefully lead to the creation a modern and vibrant use for an iconic building in the historic heart of Castletown."

Criteria set out by MNH requires the successful third party to generate an economic rent, maximise public access, respect the history of the building, and be taken on for a minimum of five years.

Mr Southworth insists whoever takes on the lease will have every chance of making a success of it.

"It's not difficult at all [to achieve the criteria]. Running costs are not great for a building like this. The biggest cost with heritage operations is staffing."

He added: "We're looking for creative ideas. I'd be very keen if the building could reflect part of its heritage.

"What we're looking for is a solution that will tick as many boxes as possible: economic benefits, sustainability, recognition of its previous role, protecting its heritage".