Garff Commissioners to be given emergency flood powers 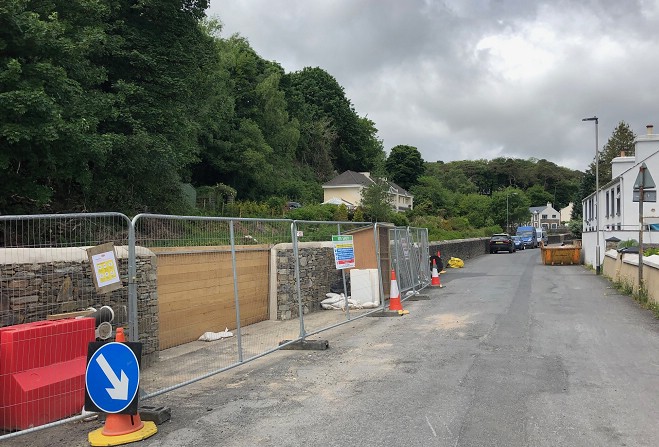 Commissioners in Garff will be given emergency powers so 'prompt action' can be taken should Laxey face another flooding event.

The local authority could be given control of the Glen Roy river from Manx Utilities in the near future, if an agreement is reached.

In a letter sent to commissioners last week, MU Executive Director Adrian Dobbins, said it is 'fully committed' to improving flood resilience in the village.

He outlined work underway including a flood alleviation scheme, which has addressed drainage issues and flood defences on Glen Road.

A 'tree debris catcher scheme' has also been proposed, which would see poles installed across the Glen Roy river to catch trees and branches, to reduce blockages downstream.

It follows the release of an independent flood report which highlighted failings that led to the damage of more than 60 properties in Laxey.

The chairman of Manx Utilities updated the Island's politicians of the ongoing works in Tynwald this week.

Tim Baker, who assumed the role following a cabinet reshuffle last month, was pressed for an apology by Garff MHK Daphne Caine.

He responded by saying he 'understood the sentiment' and is 'extremely sorry' for the devastation caused by the flooding in October last year.

'I think the ARUP report concludes that this wasn't just a Manx Utilities issue' he added, 'this was much broader.

'In the widest sense of the Isle of Man government, this is something we regret.

'The actions identified by ARUP have been taken very seriously and we're committed to putting those things right.'