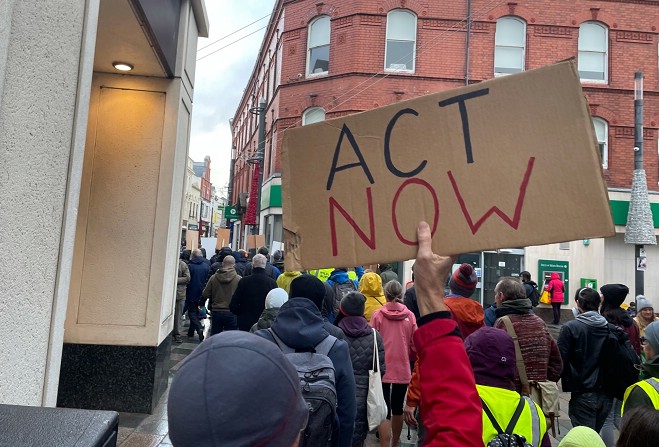 Extinction Rebellion to protest outside Tynwald

Allowing gas to be extracted from the Manx seabed would ruin the Island's chances of reaching net zero carbon emissions by 2050.

That's the view of a member of Extinction Rebellion Isle of Man, as the group prepares to hold a protest outside Tynwald this lunchtime.

It comes after Crogga was granted a four-month extension to its contract to survey for gas off Maughold.

Jordan McCarthy is one of the organisers of the protest:

Meanwhile, the Isle of Man Green Party says it's not acceptable for the infrastructure minister to not respond to its concerns over gas extraction in Manx waters.

The party contacted Tim Crookall before Christmas after Crogga was given a four-month extension to its licence to survey for gas off the Island's coast, but is yet to receive a response.

The organisation is against gas extraction, calling for the government to invest in renewable energy instead.

Leader Andrew Langan-Newton says it's a big issue, and the minister needs to respond:

Manx Radio has contacted the Department of Infrastructure for comment.