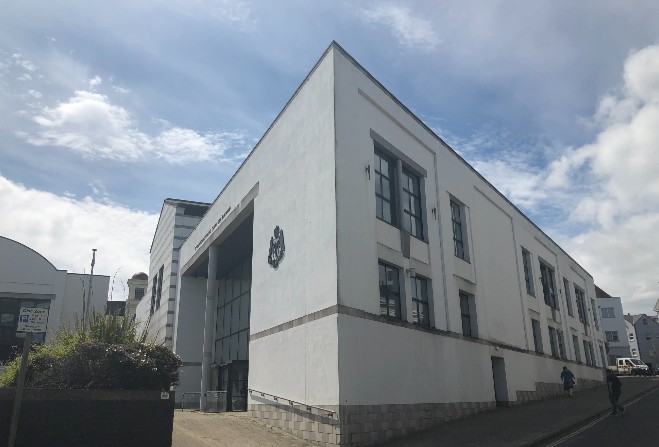 A 61-year-old Douglas woman has been jailed for 20 weeks after causing unnecessary suffering to animals.

Wendy Elizabeth Megson, of Joseph Hall Avenue, neglected 19 horses and ponies over a ‘prolonged period’ of between three and six months.

She’d denied a charge relating to seven specific animals located at Hilton Croft, from 15 May 2021, but was found guilty in May this year after a trial which took place in her absence.

At Douglas Courthouse today (2 August) Megson was told it was ‘inconceivable’ that she didn’t know the animals were suffering from malnutrition and serious neglect.

“You have done everything in your power to obstruct and delay proceedings. You continue to deny responsibility for the offence.” – High Bailiff Jayne Hughes

Sentencing her High Bailiff Jayne Hughes said the horses and ponies been found in conditions ‘which no animal should live in’.

They were, the court heard, ‘pitifully thin’ - with lice, excessive worms and skin infections – devoid of grazing pasture and were surrounded by faeces, loose wire and broken fences.

Addressing Megson in the dock Mrs Hughes told her the animals were in such poor condition entirely due to her 'lack of care' – care so basic, she said, that it was taught to children at pony clubs.

Some of the animals Megson had been responsible for had been entrusted to her by others: “They trusted you to look after them – you have betrayed their trust,” Mrs Hughes added.

Megson, who represented herself in court, asked for an adjournment to seek legal advice before sentencing claiming ‘the conviction is not sound’.

She also said she felt ‘intimidated’ by people in the public gallery and, in her mitigation, argued a probation report about her contained ‘assumption and presumption’.

Disputing this High Bailiff Hughes said Megson had delayed proceedings ‘every step of the way’ and had had nearly a year to secure legal advice adding: “I’m satisfied it’s a perfectly unbiased report.”

Sending Megson to the Isle of Man Prison Mrs Hughes also ordered that she be permanently deprived of the animals which had been seized and ordered her to pay £4,700 in compensation.

She also banned Megson from keeping any kind of animal for 10 years adding: “I do not consider any animal is safe in your custody.”

The court was told the horses and ponies in question have recovered well.