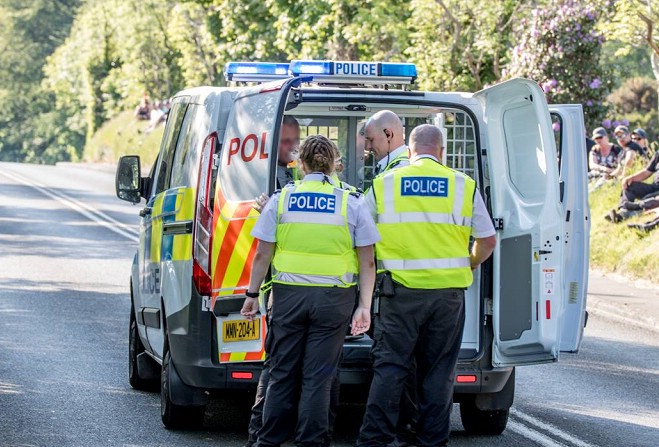 A Yorkshire pensioner will spend the rest of the TT in prison after rowing with marshals and delaying yesterday’s practice session (Monday).

He admitted obstructing racing and failing to comply with marshals, becoming the first person prosecuted under the Road Races Act 2016.

The court heard the session was delayed by 20 minutes after Ford refused to move from his position in Crosby.

Prosecution advocate Mike Jelski said Ford became aggressive and belligerent towards marshals just before 6pm when they asked him to move from a gateway.

They rang the clerk of the course, who spoke to Ford only to be told “I’m not moving. If you send police you’d better make sure they’re big lads”.

Ford did eventually move, crossing the course before police arrived and arrested him.

Mrs Hughes said a message needed to be sent that marshals don’t deserve to be abused when they’re doing their jobs.

She sentenced Ford to a total of four weeks in custody, meaning he’ll be released after the end of the race festival – after which he’ll be deported and banned from the Island for five years.

Manannan Photographics for the dramatic photos.