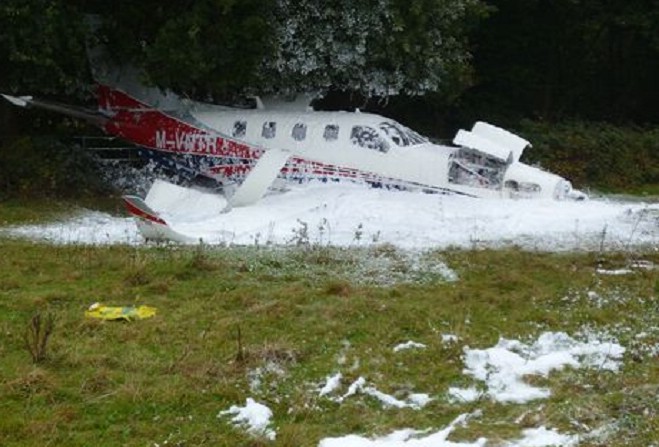 Dr Taylor who lives in Santon, was flying the brand new, Manx-registered Socata light aircraft when it made an emergency landing in a field, close to Fairoaks Airport near Woking in Surrey.

The turboprop aircraft, which came to a halt close to a stand of oak trees, is said to be written-off.

A statement from Dr Taylor's office says he was piloting the plane  when a loud noise was heard, and an emergency landing was required.

Dr Taylor suffered a broken arm in the incident, while his co-pilot escaped with a minor abrasion.

Both men were treated in hospital in Chertsey.

The cause of the accident is unknown and will now be examined by the Air Accident Investigations Branch.

Since his retirement in 1999, the renowned inventor has used much of his wealth to support educational institutions.

Dr Taylor, who was educated at King William's College, became on OBE in 2011 for services to business and horology.