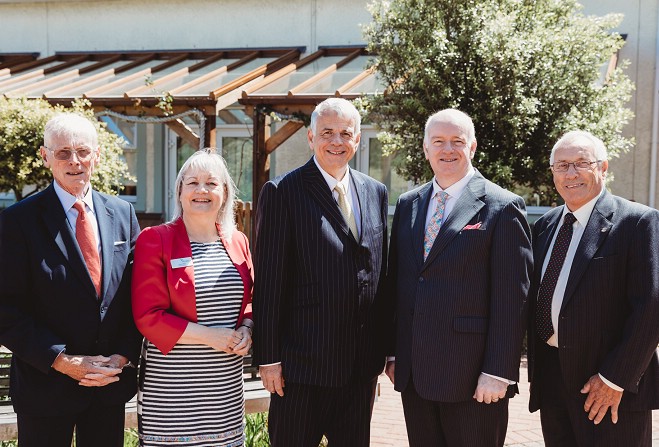 But Quayle hits back saying he didn't break any rules

The chief minister has been questioned as to whether he made the 'right judgement' by attending the Hospice after a trip to Northern Ireland.

Howard Quayle visited the charity last week to celebrate the completion of a new enhanced inpatient unit – less than 10 days after returning from the British Irish Council summit.

In the House of Keys yesterday he defended his visit last week, after questioning by Onchan MHK Julie Edge, saying he had sought permission from staff there:

The station had reported, via information supplied by the Cabinet Office, that the charity had carried out a risk assessment before the event and put in place 'a number of measures to protect patients and on-duty care staff'.

The story also highlighted the rules on the Isle of Man Government’s own website – with a link to the official advice - which state that the only restrictions faced by those returning on the 10 day pathway are 'in respect of entry to health and care settings'.

Manx Radio requested a copy of Mr Quayle's direction notice from the Cabinet Office – a request that was not actioned.

The event Mr Quayle had attended at the Hospice on Friday, 18 June, was to celebrate the completion of the Tevir Centre at the Hospice – an enhanced inpatient unit.

Following the House of Keys sitting Mr Quayle told Manx Radio's John Moss he felt it was a 'sensational' story:

You can find the Manx Radio story about Mr Quayle's visit to the Hospice here.