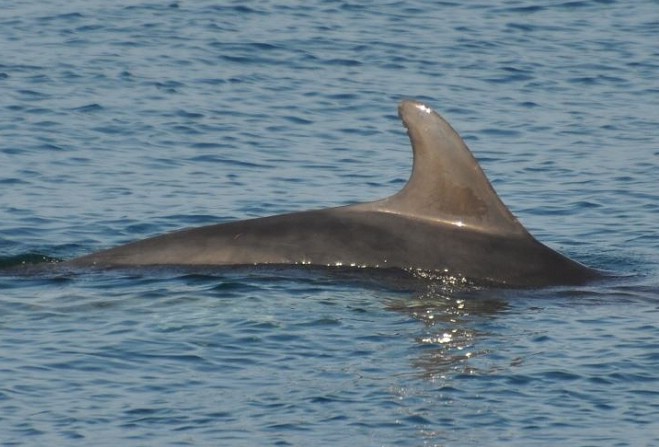 A bottlenose dolphin, which has been a temporary resident in the Island's waters, is originally from Scotland.

Manx Whale and Dolphin Watch made the connection after being contacted by the University of Abderdeen Lighthouse Field Station.

The dolphin, called 'Moonlight', had been part of a pod in the Moray Firth area since 1996 before migrating here.

The species is part of the family of oceanic dolphins (not porpoises as the headline pun suggests).

According to the organisation, she had mothered three calves before moving to the Island's coast, giving birth to her fourth last year.

Moonlight was recorded being seen in the Scottish area every year until 2019 when her pod migrated to the Netherlands.

The University of Abderdeen Lighthouse Field Station recorded her and a few other dolphins missing when they returned.

Meanwhile, the charity is warning people to take care when whale and dolphin watching after receiving reports of boats getting too close to Moonlight and her calf.

Swimming with them is discouraged if they come very close to the coast.