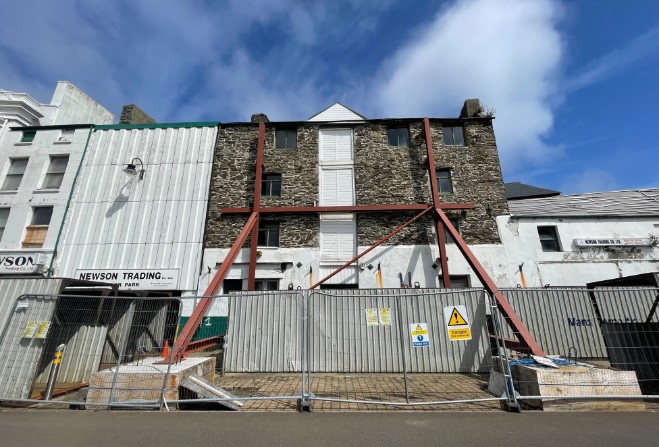 The owners of the former Newson's site have today announced they won't be selling the site, and instead will be appealing the decision to refuse planning permission.

Kelproperties wanted to convert the centuries-old registered building on North Quay Douglas into a set of apartments and restaurant spaces.

However, at a meeting last month the company was told by planning officers that the building, in its current form, could be saved and so shouldn't be demolished.

Officers also argued the steel props which appear at the front of Newson's do not touch or support the building.

In a statement Kelproperties says it's upset by what it calls 'injustice' at the planning meeting.

It says: 'We are particularly upset by the injustice given out at that meeting, which our plans were rejected by only one vote on the basis of the unfairness shown in allowing our side to only speak for a timed three minutes, and yet five members of the planning team together with their consultant and also several public members were allowed to constantly speak against the plans.

'This cannot be fair play, and after initially saying we had given up and would sell the site, we are now digging on for the fight!'

Michael Josem, a representative, has been speaking to Lewis Foster:

Manx Radio has contacted the Department of Environment, Food and Agriculture for a response.