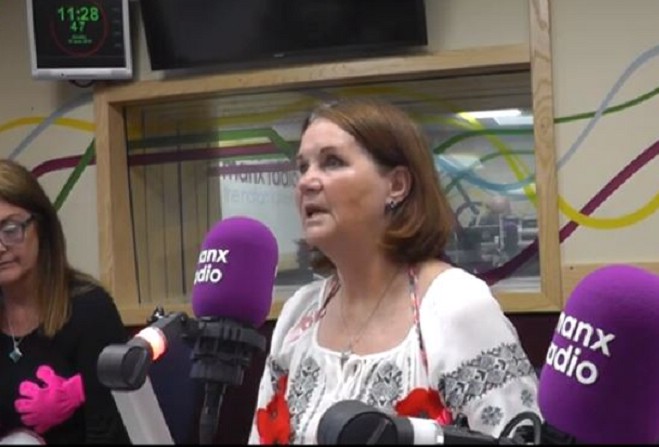 Race is started by her family from midday in the town

A bra dash taking place in Ramsey today (15 June) is in tribute to Rosemary Mazzone who passed away last year.

The annual runs are organised by Breast Cancer Now, and take place at a number of locations around the Island.

In a statement from Rosemary's family, they say they're honoured the Ramsey dash is in tribute to her this year, "to continue her legacy", and saying she's "be overwhelmed with the love and recognition she has received".

Members of her family will be there to start the bra dash and take part.

It starts at 12pm by Shoprite, and volunteer Lindsay Quayle says people can be as creative as they want with their attire: (play audio)

"The family of Rosemary Mazzone is honoured that the Ramsey bra dash is being held as a tribute to her this year. Rosemary was an avid supporter of Breast Cancer Now and organised the Ramsey Bra Dash for many years. It is important to us as her family to continue her legacy and we will be there to start the bra dash this year and take part again.

"Rosemary would be overwhelmed with the love and recognition she has received as of late, especially with the swing bridge being lit up pink for the weekend in her memory and in support of this great cause. The Ramsey community was such an important part of who Rosemary was and as a family we are very moved by the way that Ramsey is remembering her."