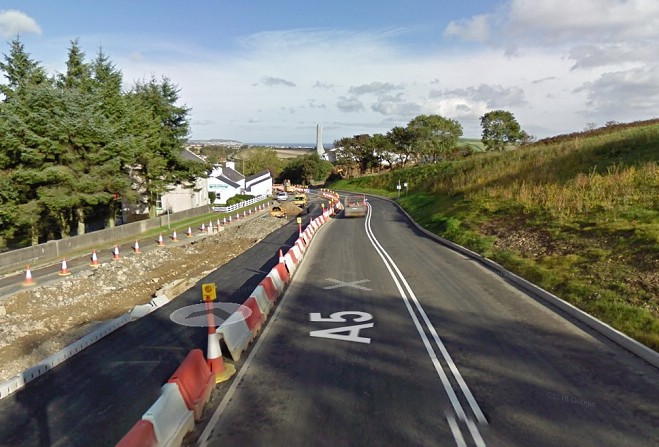 Project expected to last until 24 July

One of the major routes from the south to the capital is set to be affected by disruption for more than two months.

Work on Richmond Hill will start on Thursday to improve drainage in the area.

Government says this is a 'safety-critical project' due to patches of ice and standing water gathering during winter months.

There's also what it describes as the increased threat of heavy rain and flash floods in the area.

An issue which has reportedly increased recently due to the effects of climate change, and risks 'overwhelming the current drainage system'.

The closure will be in place from this Thursday (20 May), until (it's expected) 24 July.

Twenty-four-hour traffic lights will be put in place at certain points along the road, as well as reduced speed limits of 30mph.

Police will be carrying out speed checks along both routes.

Infrastructure Minister Tim Baker MHK said: ‘The safety of motorists and their passengers is always central to every project undertaken on our road network, and your patience is appreciated while this critical scheme takes place before the colder weather returns.

‘Diversion routes have been improved as part of the Department’s strategic planning in preparing for this and future works on the A5.'

'In addition, the permanent traffic lights at Anagh Coar have now been reinstalled, which will allow a better flow of traffic between Douglas and the south than in recent weeks.’