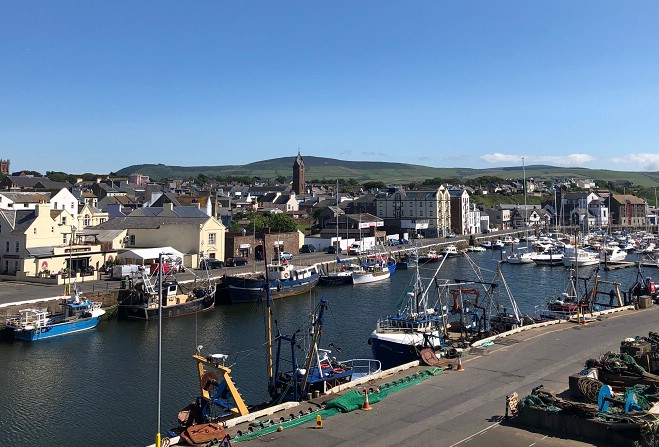 There's going to be tighter security at the Island's harbours from this weekend, with fines of up to £10,000 and jail time if you break the rules.

It's as the King Scallop season starts on Sunday, 1 November.

Government says around 80 crews from the Isle of Man, Scotland and Northern Ireland are licensed to fish in Manx waters during the seven month season - but not all are expected to do so.

It's thought the seafood industry is worth £20 million a year to the Manx economy and directly employs around 300 people in full-time or seasonal roles on the Island.

With many crews travelling from areas where Covid-19 restrictions are in place and the Island’s ongoing border restrictions, the way harbours are managed will change.

To keep local and visiting crews from mixing they will be asked to use separate and secure designated areas when berthing in Douglas or Peel – with a one in, one out, system for landing catch.

Visiting crews will only be allowed to use these two harbours.

Local seafood processors will work with skippers to coordinate collections and only locally-based crews will be allowed to use Ramsey and Port St Mary harbours this season.

Visiting fishermen will be allowed to manage their boats lines but must not disembark for any other reason.

Security services will monitor Peel and Douglas harbours around the clock, and as part of the new measures, Peel breakwater will be closed to the public until 31 May.

Fencing will go up beyond the kiosk at eight o'clock tomorrow morning to create a secure area.

Crews will be permitted to land a total of 2,049 tonnes of king scallops with a daily catch limit per vessel set at 700kg - figures which government say "will be monitored and reviewed regularly."

The Barrule Patrol vessel has been cleared to board local and visiting vessels with strict cleaning procedures in place between inspections.

Government says all licensed crews have been informed of the changes, that "follow consultation with the industry and public health." 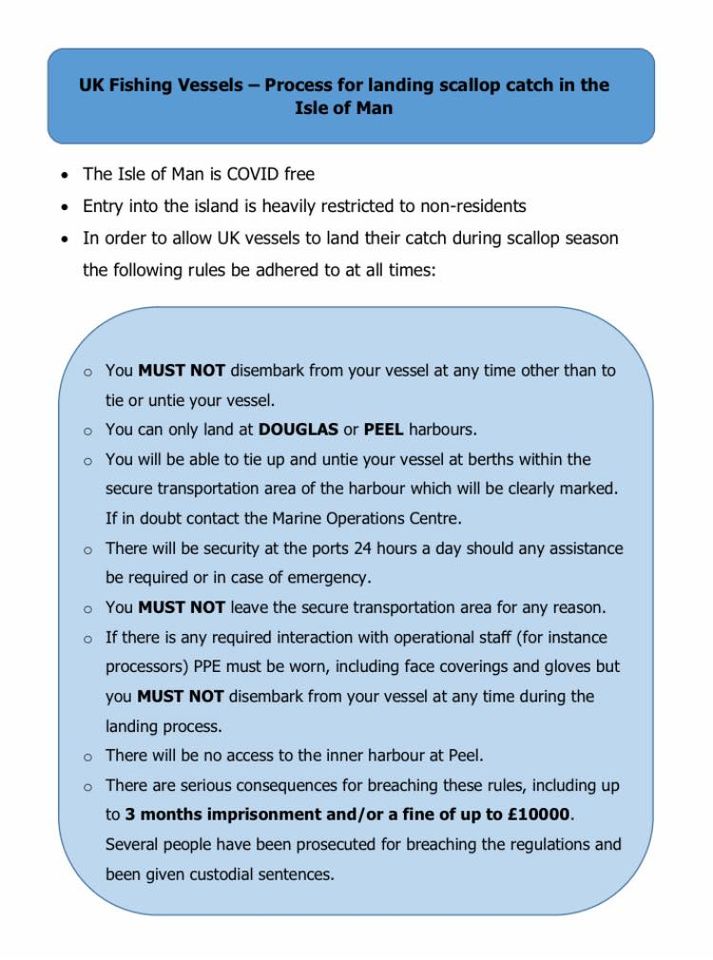