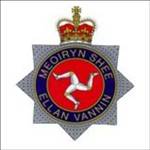 Storm damage caused by fallen electricity cables has see the issuing of an emergency road closure order at Crosby Crossroads.

A large tree has been partially blocking the road, and traffic on the main road between Douglas and Peel is expected to be diverted in both directions, until around 1am on Friday.

Peel bound vehicles are being sent down the Glen Darragh Road to the Braaid, and those travelling towards Douglas are using the Curragh Road in Foxdale, which also leads to the Braaid.

Police say a large tree has been totally blocking Ballure Road, Ramsey, just south of Ballure Grove, and there have been reports of a large amount of debris on the road in the viscinity of the Fairy Bridge, on the main road between Santon and Ballasalla.

Another tree came down at Greeba Bridge, on the main road from Douglas to Peel, but was cleared by around 9.30pm.

Earlier, around 8pm, police reported a tree had fallen across the Lhergy Cripperty Road in Union Mills, again completely blocking the route.

A tree was also down on Summerhill Road in Onchan, about ten metres north of the junction with Blackberry Lane. The road there is partially blocked.

Police also said a street light had blown down in Rheast Barrule, Castletown

Kewaigue Hill reopened to traffic earlier this evening, after being closed to allow staff from the Department of Infrastructure to remove a potentially dangerous tree.

The tree was across the road from the local primary school, and the closure took effect from 4pm.

Victoria Road in Douglas was reportedly blocked by a fallen tree in the area of the former prison, and there were reports of roof slates falling in the area of Falcon Street, Douglas.

Police have confirmed that part of the roof of the National Sports Centre has fallen into the car park in Groves Road, Pulrose.

The NSC closed early this evening as a result but, weather permitting, it will reopen at 9am tomorrow (Friday).

Peel Road in Douglas, between Hope Street and Circular Road, has reopened, after being closed for a time earlier this evening.