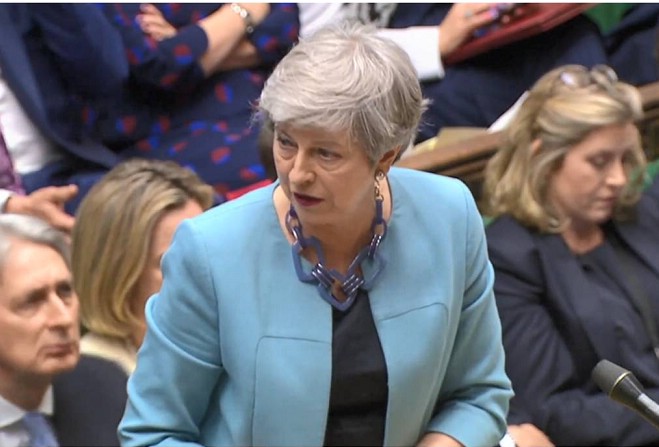 PM welcomes provisional steps made by Jersey, Guernsey and Isle of Man

The commitment to improve transparency in the Crown Dependencies with the introduction of public beneficial ownership has been welcomed in the UK House of Commons.

During Prime Minister's Questions this afternoon, Theresa May said she was 'very pleased' with the announcement made by the Isle of Man, Jersey and Guernsey.

In a joint statement this morning, the three jurisdictions said they would comply with the European Union's Fifth Anti-Money Laundering Directive.

The changes will be brought in by the end of 2022.

Timeline is 'way too long'

Elsewhere, MPs Dame Margaret Hodge and Andrew Mitchell have been at the forefront of the beneficial ownership debate, after their attempt to try and force the Crown Dependencies to make a register public was deferred.

In spite of today's announcement, it is understood the pair will persist with their amendments to the Financial Services Bill.

"I warmly welcome the move by the Isle of Man to open up their registers of beneficial ownership" Dame Hodge told Manx Radio. "They have heard the clarion call for greater financial transparency led by the UK Parliament and campaigning organisations. But there are a lot of gaps and qualifications in the existing proposals.

Though she believes the current timeline is 'way too long' and has called for 'the real details of what the final register will look like'.

"This is the beginning of the journey for truly open registers in the Crown Dependencies, not the end.”

I welcome the news that the Crown Dependencies intend to adopt public registers of company ownership. They have listened to Parliament’s call for greater transparency. But proposed time frame is far too long & they must set out details of how truly open registers will be setup.

These open registers are crucial for cracking down on tax avoidance, money laundering & serious economic crime. Greater transparency will allow journalists and NGOs to better follow the dirty money.