Tribunal files could be referred to police after forgery allegations 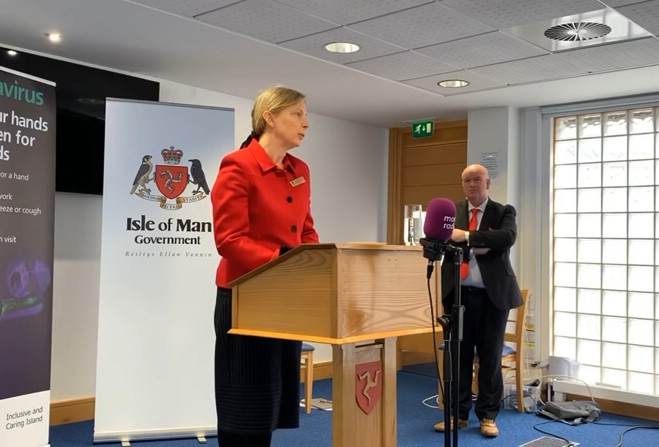 Documents submitted by the Department of Health and Social Care in an employment tribunal could be referred to the police after it was alleged they were forged.

The accusations were made in the closing statements at Dr Rosalind Ranson's tribunal against her former employer.

Dr Ranson's lawyer, Oliver Segal QC, claimed minutes from a meeting in 2020 were concocted, as the meta data on the file showed it had been created just a few weeks ago.

The panel will meet again, after it makes a decision on Dr Ranson's case, to hear evidence from the department about the authenticity of the files before deciding whether it needs to pass the matter to the Isle of Man Constabulary.

Mr Stewart also told the hearing the panel was 'very concerned' that documents from the DHSC were not revealed promptly with additional paperwork having been submitted throughout the proceedings.

He specifically questioned the omission of an email, about the decision not to transfer Dr Ranson to Manx Care, telling the department's legal team it 'looks very selective'.

Mr Segal went on to tell the hearing there is a 'big lie' at the heart of this case saying the evidence shows former DHSC chief executive Kathryn Magson misled Manx Care about Dr Ranson - resulting in the healthcare body opting not to hire her.

Mr Segal, who took up the case after Dr Ranson sought funding for legal representation through her union, said Miss Magson's evidence is profoundly tainted and accused her of exaggerating written evidence.

James Boyd, who has been representing the department, reminded the panel that this is not a case about government's handling of the pandemic but about the decision not to move Dr Ranson to Manx Care.

He insisted that while it was clear there would be a medical director at Manx Care he disputed that it was always intended to be Dr Ranson.

The tribunal will now retire to consider all the evidence before publishing its judgment - something Mr Stewart warned may take some time.