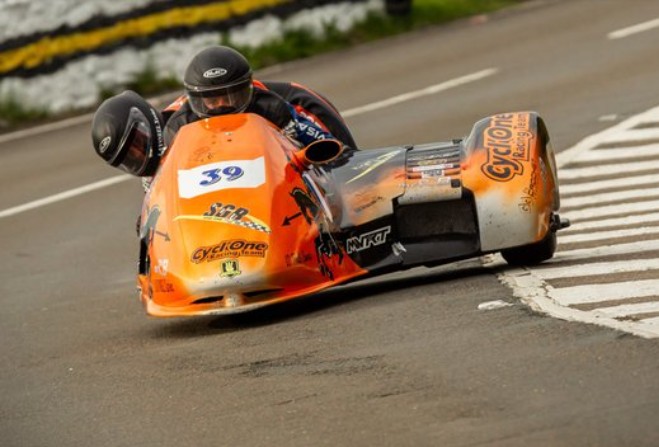 Teammate airlifted to Aintree in a critical condition

TT organisers have confirmed a sidecar passenger has died, and his teammate is in a critical condition, following an incident in today's abandoned Sidecar 1 race.

Newcomer Olivier Lavorel, from France, was killed in the incident at Ago's Leap this afternoon on the opening lap of the race, which was subsequently red flagged.

Driver Cesar Chanel was initially taken to Noble's Hospital, by road, but has since been airlifted to Aintree University Hospital.

The pair were making their debut at the TT, but were regulars in the French F1 and F2 Championships, while Lavorel's older brother Sebastien has also competed on the Island as a TT sidecar passenger.

The duo had impressed in qualifying, setting the 15th best lap time of the week, moving them up to 21st in the starting order for today's proceedings.

The Isle of Man TT Races has expressed its deepest sympathy to Lavorel's family and friends, and has offered best wishes and thoughts to Chanel.

*Update: On 8 June TT organisers confirmed César Chanal was the racer killed in the incident at Ago's Leap blaming mistaken identity. His passenger Olivier Lavorel remains in a critical condition in hospital. You can find more HERE.