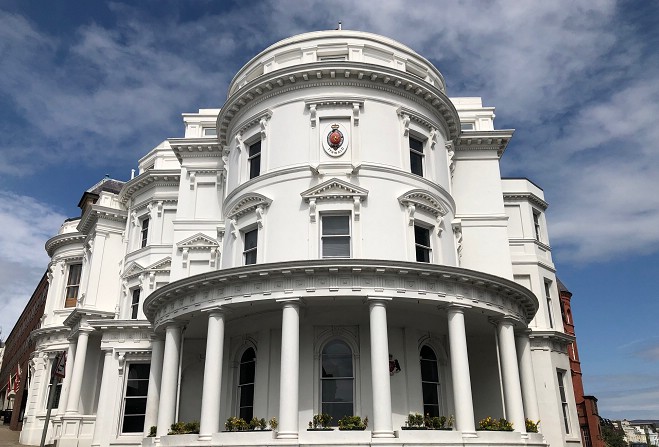 The Tynwald declaration of a climate emergency comes down to a crunch vote today, with the court aiming to settle whether the Island can go carbon neutral by 2050 or 2035.

A month has passed since the House of Keys and the Legislative Council failed to agree on amendments to the environmental protection motion moved by Garff MHK Daphne Caine.

Meanwhile MHK for Ramsey Lawrie Hooper, called for the Island to decarbonise by 2035, a date which will coincide with the decommissioning of the Pulrose Power Station.

Combined voting is expected to take place after the break for lunch at 2.30pm.

Elsewhere, environmental lobbyists have issued a rallying call to the public to attend the vote in the gallery.

They say strong public engagement will put pressure on MHKs to represent their constituents.

At last month's inaugural environment festival, students who visited the Climate Change Coalition stall made 'earth coasters' and posted them to the Island's politicians.

Absent for the May sitting was member for Onchan Rob Callister. He took to facebook and revealed which way he will vote this afternoon.

As did the mover of the climate emergency motion, Daphne Caine.

You can listen to Tynwald sitting via the AM player on the Manx Radio website or by tuning into AM 1368.