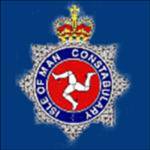 In the past few minutes police have received a report of a tree down between Brandish Corner and Hillberry in Onchan. Officers are investigating.

They also say the Ballakillpheric Road at Belle Abbey Farm, Colby has been completely blocked by a tree.

The Ballavale Road in Santon has been completely blocked by a tree, and a large branch or a tree is down at Minorca Crossroads in Laxey.

In the past half hour, the Upper Promenade in Port Erin has been closed by police after fencing was blown into the road. Fencing was also blown down in the vicinity of the Colby Glen pub.

Children have been playing 'dodge waves' in the breakwater area of Castletown harbour. The simple message from police is 'don't do it', as the sea is extremely rough, although the tide is going out.

Police are investigating reports of slates coming of a building in the area of Ronague junction, and a similar situation in Michael Street, Peel. Michael Street has been closed due to the possible danger to members of the public.

There has been debris in the road in the area of Bath Place and Lord Street in Douglas, and there's a tree down on the main road in Sulby.

There's another tree down near Dhoon School on Corony Hill, Maughold and the road has been partially blocked.

A tree, or part of one, has fallen in the area of Harcroft Meadow, Douglas.

There has been a report to police of a large door coming loose due to strong winds at commercial premises on South Quay, Douglas, between Head Road and the bridge.

The section of Peel Road, Douglas between Hope Street and Circular Road, which was closed earlier this evening, has reopened.

The NSC has closed for the day, with unconfirmed reports of damage to the roof.