What is the Steam Packet worth? 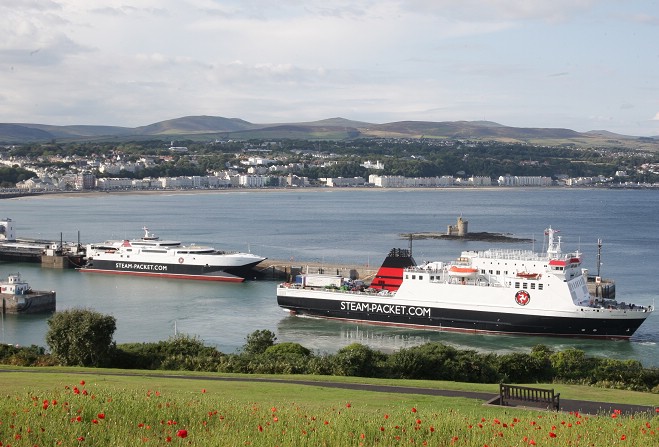 Numbers crunched ahead of deal debate

The Steam Packet's offer to extend its user agreement with government is due for discussion in Tynwald next week.

Ministers claim the proposal, which pledges new vessels and continued investment locally, does not go 'far enough' - and that, for now, the offer is likely to be declined.

By the time the user agreement runs out in 2026, the Isle of Man Steam Packet Company will not be far off its bicentennial year.

As the oldest continuous passenger line in the world, there are few who would doubt the company's traditional value.

But in real terms, what is it worth to the Island?

A report, authored by international accountancy firm PwC, claims to have established just what the contribution of the Steam Packet to the Isle of Man is.

It's being scrutinised by members ahead of next Tuesday's Tynwald sitting.

What does 'economic contribution' actually mean?

When the Steam Packet approached PwC in 2015, it wanted to prove to the government that it does two things: contributes to national Gross Domestic Product (GDP), and supports the local workforce.

The way that's measured is three-fold.

There is the company's direct contribution - what's generated through revenue, profit and wages; the indirect effect of the firm purchasing goods and services; and the induced value of employees who spend their wages in the Manx economy.

And what's the verdict?

Well, in a single given year - in this case, 2014 - PwC estimates the Steam Packet contributed just over £31.2 million to the Manx economy, and supported 332 jobs.

These figures are broken down in some detail.

That equals almost 0.5% of the total GDP figure, which was around £5.2 billion that year.

For every pound the Steam Packet directly contributes, PwC claims an additional 11p is passed down the supply chain to contractors and suppliers, and another 17p is spent by employees in the local economy.

How many people work for the Steam Packet?

That includes deck staff, receptionists, managers and office staff both here and at UK ports.

Additionally, the amount they spend here in the Isle of Man is thought to support 148 additional jobs alone elsewhere in the economy.

About 70% of the Steam Packet's payroll live here in the Island.

There is, in fact, a stipulation in the user agreement that the majority of the upper management structure must be Manx residents.

There's also proposal in the company's new offer to government to extend that requirement to the whole workforce.

PwC actually go so far in this report as to warn that a 'hypothetical alternative' ferry operator would 'not be as committed to recruiting locally', and would probably pay lower wages than the Steam Packet's average hourly rate of £11.80.

Is the alternative discussed in any more detail in this report?

The accountants at PwC ran their same model against a hypothetical third party operator to deduce whether the Island's economy would be better off without the Steam Packet.

Quite how they arrived at this hypothetical operator is unclear - it's largely based on international average wage rates.

It's interesting that this report also makes more than a modest reference to the Steam Packet's plans to expand should the user agreement be extended - and the added economic benefit this could bring to the Island.

A new vessel with added capacity, they say, could create as much as £2.8m in additional GDP contribution, along with 48 new jobs.

Manx Radio has approached PwC and the Steam Packet for comment.