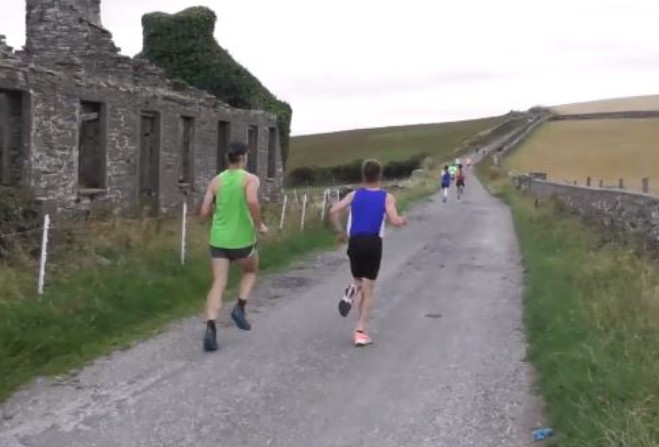 Dawn Atherton has extended her lead in the women's half-marathon standings of the No Rest For The Wicked series which continued yesterday evening (17 August).

The latest round of the series took place on 'The Killer Mile' - organised by Manx Fell Runners - on the outskirts of Douglas.

The women's contest was won by Hannah Moore who crossed the line in eight minutes and one second.

She was followed in second just five seconds later by U15 competitor Abi Clayton, and eleven seconds after that saw Abi's younger sister Poppy take third.

Atherton finished fifth in Wednesday's race, but was able to increase her advantage at the top of the standings as the four who finished ahead of her yesterday are not doing the full series.

Meanwhile, in the men's class, Corrin Leeming's half-marathon dominance continued as he roared to a fourth win in four races, finishing in a time of six minutes and ten seconds.

Fifteen seconds after him was U17 runner Corbyn Schade who secured second spot with Harry Weatherall taking the final space in the top three.

Elsewhere, in the marathon league, Mike Garrett continues to lead on four hours, one minute and 42 seconds in the men's category with Jayne Farquhar leading the women's contest on five hours, 55 minutes and 47 seconds.

The next event in the series takes place this evening (18 August) with the Anna Maria Cutillo Foxdale 5-mile road race, organised by Manx Harriers.