Four in a row for Cowton 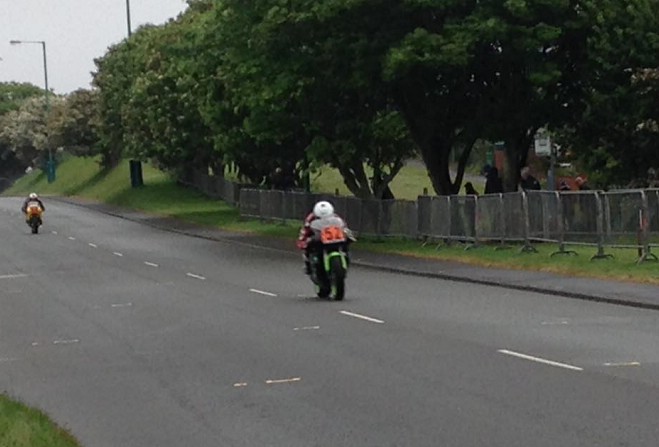 There’s some been exciting racing at Billown in Monday’s opening session of the Blackford's pre-TT Classic.

Despite poor conditions, the action has been keenly contested and Iain Robertson proved triumphant in the day's first race, the Support Race, finishing 59.7 seconds clear of second-placed Jeff Ward with Stephen Boyes completing the podium.

Mike Hose then made history in the Lightweight contest.

Despite being pushed all the way, Hose claimed victory ahead of second placed Brian Mateer to record his 15th title at the meeting.

Ward claimed his second top-three finish of the day in third.

The reduced six-lap Senior Classic was next up with Honda rider Steve Ferguson leading from start to finish from Barry Davidson and Bill Swallow.