On Air Night Flight | Midnight - 5:00am
Paloma Faith - Picking Up The Pieces Download 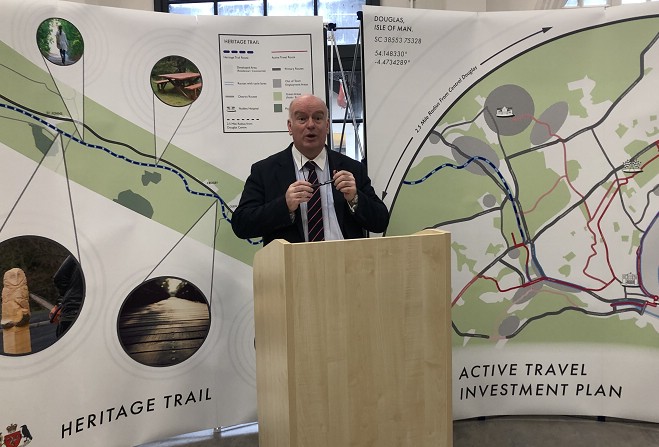 'Emergency' declared at event this morning

The Chief Minister has followed in the footsteps of other jurisdictions, and declared a climate change emergency in the Isle of Man this morning.

Howard Quayle made the announcement at a launch event for government's Active Travel Scheme at Noa Bakehouse.

Tynwald intends to encourage more people to walk and cycle, aiming for 20% of the public to be regular active travellers by the next census in 2021.

This was the moment:

But, those words come as a stark contrast to the comments he made just one week ago, speaking to Aaron Ibanez:

His most recent statement comes as plans for a climate change bill within the next legislative year are unveiled by the Isle of Man Government, which will commit the Island to zero carbon emissions by 2050.

The declaration was made after Garff MHK Daphne Caine tabled a motion for this month's Tynwald sitting, urging the Manx parliament to acknowledge the climate change emergency.

You can hear more on this topic on Manx Radio's Perspective programme from midday on Sunday.